(Press Release) Tara and Samantha Borlain again finished one-two in the same category (Girls 11-12) during the 2015 Alaska IronKids Triathlon held in Subic over the weekend.  Open to children 6 to 14 years old, Alaska IronKids is the local junior version of the international triathlon series, Ironman. 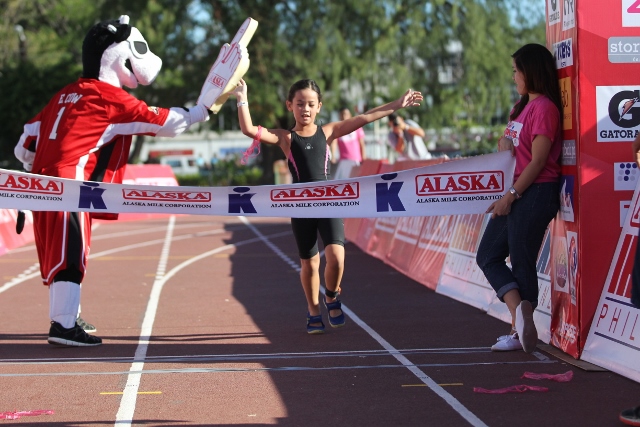 Tara trailed Sister Samantha in the swim and bike part of the race but relied on her strong finishing run to prevail.  Other 1st place winners in the girl category are Nicole Danielle Eijansantos (13-14), Alison Ann Noble (9-10) and Justicia Mariearl Tan (6-8). 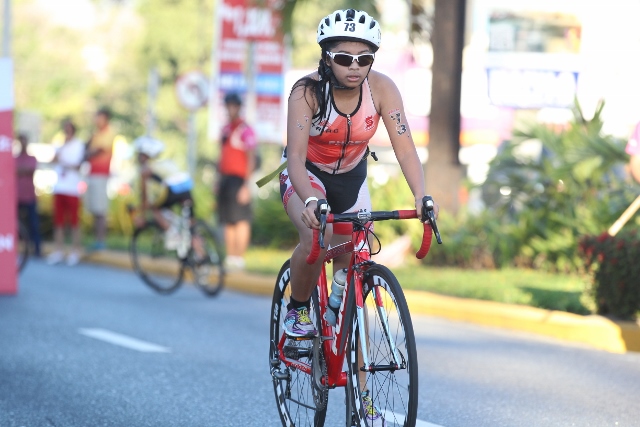 “It’s really nice to see the parents supporting their kids promoting a healthy lifestyle, a lot of kids today spend a lot of time on their iPads or playstations.  It’s important to develop your technical skills but you also have to be physically fit,” said Uytengsu.

Alaska IronKids Philippines is an annual sporting event that aims to promote the healthy and active lifestyle among children through the winning combination of proper nutrition and physical activity.  The Alaska IronKids Race Series is just one of many sports development programs that Alaska conducts yearly to engage children to come out and play. 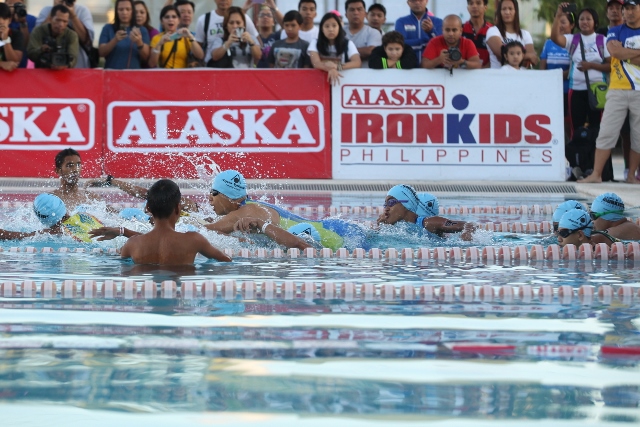 Pioneering athletic programs like the Alaska IronKids Philippines Triathlon has managed to take children away from their video game consoles, cellphones and cable TV remotes and out into the sun to swim, bike and run in triathlon races.  Alaska’s sports programs hope to encourage children to get into organized sports while learning positive values like hard work, discipline, determination and teamwork.  The program for 2015 will continue to bring excitement as it helps future athletes realize their dreams.