Are you a skilled Gran Turismo 6 player?  Nissan GT Academy can turn you into a professional racer in real life!  No kidding!  From virtual gaming to Pro racing.  Here’s how:

Nissan Brings In Virtual-To-Pro Racing Competition:
The First GT Academy in the Philippines

Nissan Philippines, Inc. (NPI) is the newest participant of the virtual-to-pro racing competition, the GT Academy.

GT Academy gained prominence since its inception in 2008.  Now on its seventh installment, this globally played competition sees an expansion in the form of the new GT Academy Asia, in which Philippines will be pitting against other Asian countries including Japan in the battle to become the GT Academy Champion.

“With the launch of GT Academy in the Philippines, we at Nissan offer an exciting opportunity for Filipinos to emerge as a breakthrough talent in the racing world,” said Antonio Zara, President and Managing Director of Nissan Philippines, Inc.

With GT Academy, any player who can prove their driving skills in the world of video games can compete in a real racetrack.  The GT Academy International Champion 2014 Ricardo Sanchez flew in all the way from UK to attend the launch.  After winning last year’s competition, Ricardo’s racing career took off after he joined Nissan’s elite motor sport team, the NISMO, to run the coveted tracks of the prestigious Dubai 24-Hour race in January 2015.

The Shift from Gamer to Racer

Thousands of hopefuls will be narrowed down to the top 20 gamers to be determined by time trials taking place behind the wheel of GT pods during live racing events.

The National Finals will determine top 6 Filipino players who will go to the next round and go bumper-to-bumper with the best Gran Turismo drivers in Asia.

Players will be tested on their strength, stamina, mental agility and driving skills against Asia’s best at the Silverstone Racing Circuit in UK.

The emerging GT Academy Champion in Asia will join other GT Academy winners in a rigorous training under the wing of professional coaches and racers at the Silverstone Racing Circuit in UK.

After passing the Driver Development Programme, graduates will receive their International C License, allowing them to compete in a prestigious racing event anywhere in the world.

“We are looking forward to discovering even more new stars in 2015.  Anyone in the Philippines who thinks they have what it takes should give GT Academy a go.  Not everyone can win, but the experience is hugely rewarding at every stage of the competition.” said GTA Global’s Managing Director Laurence Wiltshire.

GT Academy is a competition created by Nissan and PlayStation® that unites the worlds of virtual and real-life racing to make the dreams of aspiring race drivers become a reality.  The competition, which originally launched in Europe in 2008, finds the best Gran Turismo® players from across the participating countries by testing their skills in both online gaming qualification process and live events.  They will then compete against each other in live National Finals before the winners from each final switch to driving real Nissan cars at the now-famous Silverstone ‘Race Camp.’

The overall winner of GT Academy is then trained in the multiple areas required to become a professional racing driver, if the winner makes the grade they will compete in the Dubai 24 Hour race for Nissan and have the chance to be considered for a future career with Nissan as a ‘NISMO Athlete.’

GT Academy was originally only run as a pan-European contest, but as the program’s popularity has grown a new series in the USA and a specific German competition has begun.  The program continues to expand as it now has the GT Academy Asia having Philippines and other Asian countries including Japan as participating countries.

Q3: Who can qualify?

Everyone is invited to participate in the Live Events and simulate a real race car driving experience using the GTA pods.

However, the 20 finalists who garnered the fastest lap times in the Live Events will have to abide by the following eligibility criteria:

Nissan will hold Live Events in various locations nationwide in the Philippines.  The 20 fastest and qualified gamers at the event will go through to the next stage of the competition which is the National Finals happening in July 2015.

Q5: Is it worth entering GT Academy even if I don’t think I’ll win?

It is always worth trying to see where you are against the best gamers in your country.  None of our previous GT Academy winners believed they had a chance of winning when they first entered GT Academy!  But you can also have a lot of fun by challenging your PSN friends.  The GT Academy competition is also designed to improve your skills.

Q6: What are the timings for the other stages of GT Academy Asia 2015?

Q7: What happens next to the winner of GT Academy?

The winner has to be prepared to make a major commitment to becoming a real racing driver.  From the end of the Race Camp, the winner will be based in the UK for approximately three months in order to undertake an intensive race training program.  The winner will be housed close to Silverstone Circuit and will be racing in UK national and club level races most weekends.

The overall winners of GT Academy will be put through an intensive Driver Development Programme, in order to qualify for the main prize – a chance to race professionally with Nissan in Dubai and potentially beyond, dependent on the winners own abilities and commitment to the program.

Q8: What if a competitor has never raced a real car in their life?

That’s not a problem.  GT Academy is about finding the best of the best Gran Turismo gamer and turning him or her into a professional racing driver.  As outlined in the rules, people with past professional racing experience are not eligible.  As long as the competitor can drive in Gran Turismo, knows how to drive a real car, and meets the other eligibility requirements, all they have to do is try their best.

Q9: Can a GT Academy graduate be a realistic route into top-level motor sport?

Nissan and PlayStation posed the question – “can the world of virtual racing unearth a real racing talent?” The success of the competition’s previous GT Academy winners has demonstrated that this answer is a resounding “yes.”  It was clearly demonstrated when Lucas Ordoñez, the Spanish winner of the first instalment in 2008, went on to finish second in the Le Mans 24 Hour race in 2011 and won the Intercontinental Le Mans Cup for Nissan.

To know more about the program, you can visit Nissan Philippines, Incorporated’s Facebook Page, facebook.com/NissanPhilippinesInc. 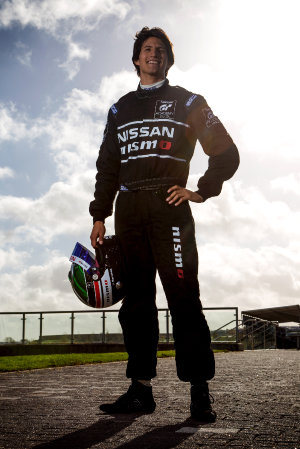 Ricardo Sanchez grew up like many young men, dreaming of becoming a racing driver.  His father was able to take him go-karting on occasion, but the Sanchez family lacked the means to support him in his dream and so like many, Ricardo’s childhood dream looked set to go unfulfilled.

One day Ricardo’s family was going to the cinema in their home–town and saw a GT Academy Live Event taking place in their local Shopping Mall.  Ricardo’s father immediately called him and told him to get to the Mall to enter the GT Academy competition, his only realistic chance of finally achieving his dream to become a professional racing driver.

Ricardo won the Live Event competition and progressed to the two day National Final in Mexico City.  There Ricardo was tested on Gran Turismo skills, had his fitness tested, spoke to the media and raced a Nissan 370Z around the Mexican F1 circuit and eventually after two tough days was announced as one of the six finalists heading to Silverstone.

During a challenging Race Camp week in the UK, Ricardo competed against his Gamers from Australia, India, Thailand and the Middle East for the grand prize.  After all of the challenges the judges announced Ricardo as the winner of GT Academy International 2014.

Ricardo’s prize was to complete the rigorous GT Academy Driver Development Programme to equip him with the skills to race a Nissan GT-R NISMO GT3 at the 2015 Dubai 24 Hours.  After 3 months of intense training Ricardo was ready to race and along with his team-mates achieved the dream start to his career by finishing second in their class in the race and 5th overall, an incredible achievement.

Ricardo has now been given the chance to continue to develop his talents and shine by being given a contract as a NISMO Athlete and a seat racing the GT-R in the prestigious Blancpain Endurance Series alongside some of his Dubai team-mates.

Ricardo epitomises what GT Academy is all about.  Take raw talent, nurture it, challenge it and watch it shine. 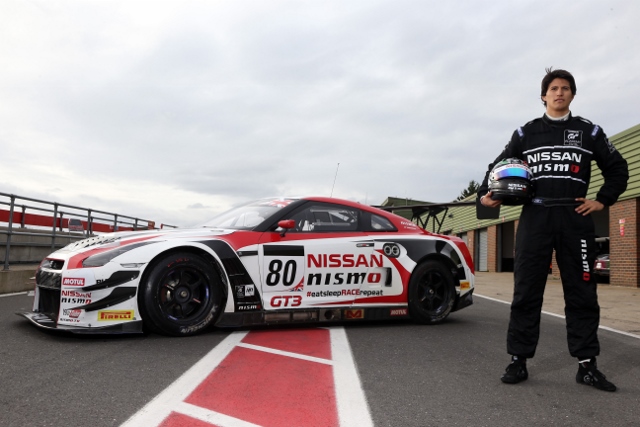 For the schedule of live events and updates on the GT Academy Philippines, please visit facebook.com/NissanPhilippinesInc.