If you missed any of the PiliPinas Debates 2016 series of Presidential or Vice-Presidential debates, here’s my compilation from the hosts’ YouTube accounts.  No copyright infringement intended, all rights remain with the copyright holder.

Tip: You may want to skip the first two hours of the video due to the delayed start.  Also, keep watching after the debate for the outtakes on why the debate was delayed.

* Not part of the COMELEC-organized PiliPinas Debates 2016.  (Source) 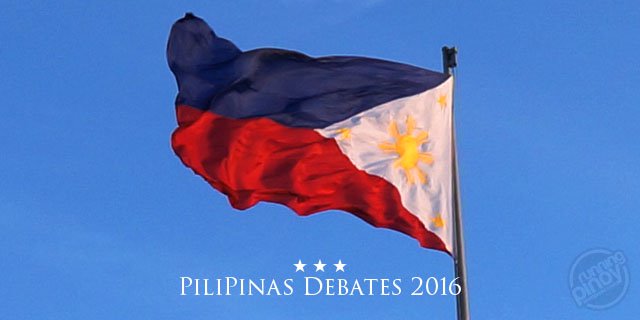