For our second (and planned last) day in Negros Occidental, our itinerary brought us to the cities of Victorias and Talisay, and we were joined by our friend and her company on this trip.  Here’s how our day went. 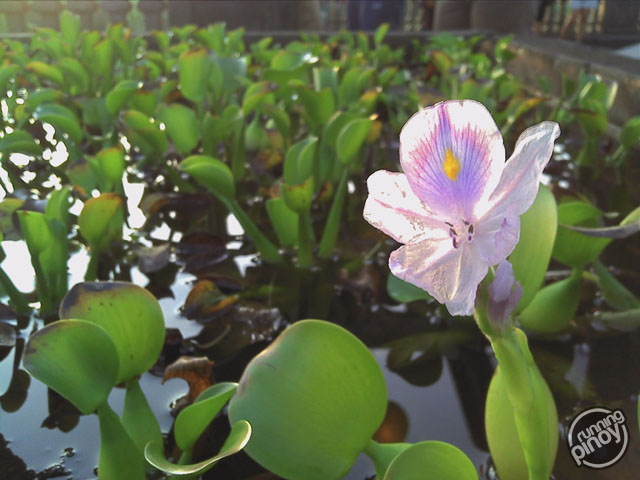 We admittedly got tired with standing and walking all throughout Bacolod City so our second day stated quite late.  In fact, our trip officially started after lunch—make that leisurely lunch!  Who would enjoy good food if it was eaten fast?  Anyways, after a long, scrumptious lunch, we were on our way to the bus terminal to meet with our added company, and start our journey to the northernmost city on this trip, Victorias City.

Negros is known for its vast sugarcane plantation and you won’t appreciate how vast it is until you travel to different cities on the island.  There are landscapes where it’s all sugarcanes as far as the eye can see!  Even on the road there’s a very high chance that you’d see big trucks hauling a lot of sugarcanes.  This is particularly true with Victorias City as it’s basically a city that rose out of the sugarcane plantation.  But more than the endless sugarcanes, we got to discover a fascinating “secret” of the city of Victorias.

We had some items on our Victorias City list but it was unfortunate that the locals don’t seem to know where these were!  We even had to show them pictures and addresses but it wasn’t very successful.  At least one place in our list was vaguely familiar to one of the tricycle drivers which took us to the place: the Church of St. Joseph the Worker.

Because of the difficulty of getting in and out of the location of the Church, we asked our tricycle service to wait for us, and our driver was kind enough to agree without asking for preposterous pay.  And so we were off:

Upon heading back, one of our acquaintances realized that he had lost his cell phone!  At first he thought he had left it at the bus, but he tried his luck in calling his phone to see if he can get it returned—and it rang!  Apparently, he dropped it from his pocket while we were travelling on the tricycle, and another tricycle driver had spotted it, and picked it up saving it from being run over.  It was fortunate that the driver who got it was still nearby so we were able to meet him, and he returned the cell phone with no hesitation and without asking for any reward!  He even refused all our offers of gratuity—we were simply amazed at how honest these people are!  As someone who is used to petty crimes of the urban jungle, meeting a truly kind and honest person was a huge relief and heart-warming—good people still exist!  This act of kindness really saved our day!  And this is what I could say one of the best kept “secret” of Victorias City—its honest people.

The Ruins of Talisay City

After the honest people of Victorias City saved our trip, we were off to ruin in—going to the ruins of Talisay that is!  The ruins are in Talisay City, which is quite misleading as we learned the hard way.  We alighted at Talisay City proper but everyone we talked to was clueless!  We even had a scene when some tricycle drivers had argument on whom to take us to the alleged site, but in actually they don’t really know where it is so we ended up going back the way we came from wasting money and precious time.  We figured out we were in the wrong side of Talisay City after talking to someone (via cell phone) who knew the area hundreds of kilometers away!  Lesson learned: when travelling with a group, no one should withheld information, most especially when it comes to directions!  If you think you know the right way, or know someone who does, speak up and not wait for the group to get lost!

It’s funny that we didn’t realize that the right way to the ruins was just under our noses.  The bus terminal where we got our ride to Victorias City was just a stone’s throw away to the tricycle terminal to the ruins.  Like our Victorias City trip we arranged for a round trip with our tricycle driver, but this isn’t strictly necessary with the ruins as it’s very popular with tourist and there are tricycles going back to the highway.  By that time, the sun was already starting to set, so I apologize if you find my photos a bit too “dramatic.” 🙂

The ruins of the mansion of Don Mariano Ledesma Lacson, also known as the ruins of Talisay City, or simply “the ruins,” was built in loving memory of his deceased wife Maria Braga after her death in 1911.  The mansion, of Italianate architecture, was designed to be a monument of their enduring love affair, and as you can see even at its ruins it still is very beautiful.  Unfortunately in the eve of World War II in 1942, the mansion was torched by the guerilla fighters (to prevent being used by the invading Japanese troops) and was burning for 3 days leaving behind reminders of a glorious past.

We were in such a hurry to leave for the airport as we didn’t feel time pass by in this beautiful and timeless monument of love.  Little that we know that our hearts’ desires to stay longer in the province will be unexpectedly fulfilled…