It was an evening of pure delight last night at Decagon Silver City as those who have completed all three required legs of the Run United Trilogy were recognized.  It’s an event that was so overwhelmingly positive that even critics and detractors alike were all smiles and forgot their rants! 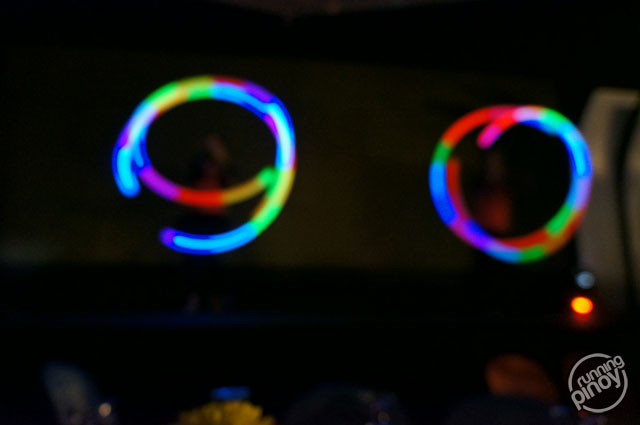 We run because it makes us happy.  But aside from the self-satisfaction and runner’s “high” that we experience, non-elite runners like myself do sometimes want to feel “special” every once in a while.  Runrio and Unilab recognized these “wants” from runners’ hearts and so they came up with a way to recognize all our efforts, with an awards night.  Many of us may never get an award at the podium during races, but for this particular night, all finishers are special and were given a spot in the limelight.  How many times in your lifetime do you get called on stage with Coach Rio himself giving you a medal? It’s like the Commencement Exercises during our scholastic days, only this time it’s for running!  Total cost of racing: negligible, satisfaction: priceless!

In my own little way I regret that I wasn’t able to complete the entire trilogy by missing a race, but nonetheless I was so happy to see a lot of my running friends donning anything but running clothes!  I’m also glad to hear that the number of runners who completed the trilogy bested that of last year so it really means that the running community is still growing strong, alive, and kicking!

Since I can’t change the past but can rectify my shortcomings in the future, I aim to complete this year’s trilogy!  If you saw the finisher’s medals for the trilogy you will just kick yourself if you missed at least one!  Never before have I seen such a motivating medal (and pressuring at the same time)!  And of course, let’s not forget the “crown” of the trilogy medal, the Run United Philippine Marathon finisher’s medal!  Man, if you’re not as motivated as I do, I don’t know what will.  And if you’re willing to follow suit, don’t procrastinate!  The first leg of the Run United Trilogy is barely two weeks from now (March 04, 2012) so register now before the 21K slots run out.  And to those who aren’t yet ready to do the 21K, you have an entire year to prepare for next year’s trilogy.

To Coach Rio, Runrio, Unilab, and all the people behind the great races of the trilogy, thank you for this acknowledgment and we’re definitely looking forward to this year’s trilogy!