I can’t believe it’s been almost a month now, but I still remember those days at Camarines Sur which started my back-to-back triathlon weekends.  For posterity’s sake, here’s my look back at that epic weekend with TRI-Factor.

Our journey started on a stressful note as I, together with some friends from the blogging community, worked our way to get to Cubao from Makati.  It was a Friday night and getting a cab was a nightmare!  With Uber gone and Grab not getting anything, we tried the old-fashioned way of getting a taxi by going on the street and hailing those that pass!  Out of desperation as our bus departure time approached, we were forced to yield to a cab driver’s asking fee of ₱700.  In the end, we arrived in Cubao with time to spare so I guess I was fine with the preposterous (by Metro Manila standards) fare.

I’ve not been to Cubao in ages and frankly, I was really impressed with the new centralized bus terminal officially called the Araneta Center Bus Port.  It is clean, very organized, has many seats, air-conditioning, Wi-Fi, and even a food court.  In some ways, it reminded me of the Port Authority Bus Terminal in New York City, albeit on a much smaller scale.  We didn’t have enough time to look around as we boarded our bus not too long after.

We took a very nice bus with a 2-1 seat configuration and its own restroom.  This allowed our bus to travel with less stops, thus faster, but I was mostly asleep to tell.  All I know was that I was in and out of sleep (but awaken in the middle of nowhere in a less than ideal scenario) when the sun was already high in the sky on a Saturday morning.  Eventually, we all made our way to CamSur Watersports Complex (CWC) where TRI-Factor will be held and where we’d be staying for the weekend.

Once we arrived and got settled in our room, we had some time to spare so we just went around CWC to enjoy our free time.

Our downtime was running out as the afternoon progressed as we had the first event of the TRI-Factor weekend, the kids’ and beginners’ categories.  It was time to put our media hat on!

TRI-Factor officially started when the kids started their event, followed shortly by the beginners.  As a spectator, I would not have known that many of these participants were having their first ever triathlon as their swim start looked like any other triathlons I’ve seen.

Interestingly, the kids’ event was highly competitive.  It looks like the Philippines’ future in terms of triathlon is very bright judging on how well these kids fared with their events.  You can almost forget that they are children.

On the other hand, the beginners’ event was very laidback.  This is the first time I’ve ever seen a triathlon that the participants actually looked like they’re enjoying themselves!  It kind of reminded me of my early days in running when we didn’t think of personal bests.  And as the volume of participants wasn’t that high, the event felt very intimate, almost to the point like everyone knows each other.

But perhaps one of the most inspiring stories coming out of the TRI-Factor event was that of Michelle Gomez, Miss Earth Air 2016, from Colombia.  She completed her first triathlon at the beginners’ category of TRI-Factor but the crazy part of the feat was that she didn’t know how to swim just a month earlier!

Personally, I think Michelle is a great source of motivation for a lot of people.  Simply put, a person of her stature would expectedly have a much busier schedule than your average Joe or Jane, yet she was able to make time for her training.  And she was coming from a no swimming background!  Imagine how challenging it would be to learn how to swim, and learning how to swim not in the safety of a pool but in open waters with many people around you!  When she committed to sign up during the media launch of TRI-Factor, she barely had a month and a half to train!  Yet she proved that if your mind and heart is up to the task, you can achieve great things.

Later that evening, a buffet dinner greeted the participants of TRI-Factor, from the finishers of the recently concluded events, to those who will just do theirs the following day.  I think even their supporters joined the feast!  A briefing was held for the benefit of the sprint, standard, and long-distance participants soon after, followed by the awarding of the winners from the kids’ and beginners’ events.

For us on the sidelines, it’s time to charge up for the main event of the next day!

Our day started early that Sunday, the big day.  Staying so close to where the event would happen is such a luxury!  We only had to walk several hundred meters and we’re already there.

One of the advantages of having the swim leg in a man-made lake is that you have a lot of places where you can watch without getting wet.  As I was carrying a long lens, I decided to stay some distance from the swim start area to take pictures.  Looking back, I’m not sure if that’s a great idea but at the very least, I stayed dry while taking photos!

The sprint, standard and long-distance events were expectedly competitive.  The swim start is akin to any other triathlon events, with the main difference being the use of a man-made freshwater lake instead of an open body of saltwater.  They used the big lagoon for the swim leg.

Gun start of the sprint category

It wasn’t that long until the finishers started arriving at the finish line.  And in the end, Billy Biag and Mark Malolot took the long and standard distances crown, respectively.

For more photos from the event, view my album here via @runningpinoy on Facebook.

Over lunch, we had a coincidental chat with Michelle Gomez whom we shared tables with.  She shared a lot about her triathlon journey, and more.  And by the time we ended our chat, we had also learned more about her personally and her future ventures.  She’s a woman with a plan, who knows and does what is needed to achieve her goals.  She’s definitely more than her looks and her beauty queen title—she’s definitely a great influencer to everyone!

The awarding ceremonies took place later that afternoon and later on, the corporate social responsibility program of TRI-Factor called “Race to Give” where TRI-Factor racers will get to award school supply kits to indigenous children.  While we were waiting for the program, we had a fun activity with Michelle.  Michelle willingly gave a crash course to Roselle on how to walk like a beauty queen and how that walk differs from that of a model.  It’s definitely not as simple as it seems and how they made it look!  Michelle can definitely be a great teacher as well.

It was such an incredible weekend that far exceeded my expectations!  For once, I saw a triathlon event that is very intimate and very accommodating to beginners, yet also gives a challenge to more competitive ones.  In this aspect, TRI-Factor seems to have succeeded in its mission to introduce triathlon to more people as we saw the birth of new triathletes.  They still have more complementary events happening in the near future for would-be triathletes which I look forward to, but for now, thank you TRI-Factor for bringing triathlon closer to more people!

To all the finishers of TRI-Factor, most especially those that did their triathlon debut, Congratulations!

Special thanks to One of A Kind Marketing for making this triumphant and memorable weekend for me possible!

For more photos from the event and details about TRI-Factor, visit @TRIFACTORPH on Facebook. 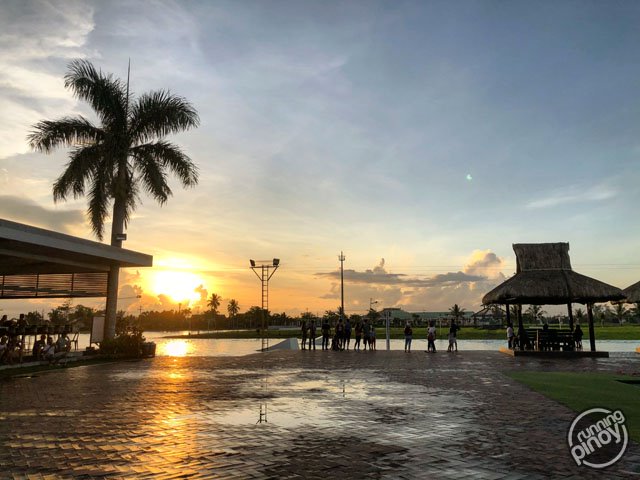