One of the most popular ramen restaurant chain from Japan, Hakata Ippūdō (博多一風堂), or simply, Ippudo, is now here in the Philippines.  This is great news for ramen-lovers like myself to try their famous Hakata-style, Tonkatsu-based ramen.  Here’s a taste of some of Ippudo Philippines’ offering. 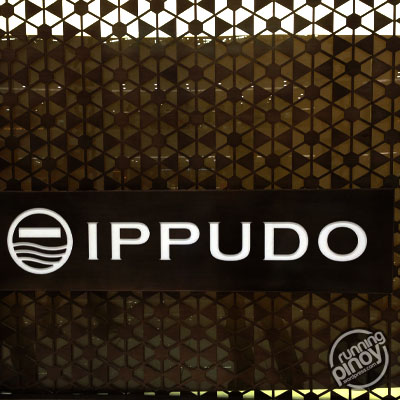 As of this post’s time of writing, I’ve already visited Ippudo twice: the first time with my “ninja moves” dining-in solo, and the second time together with my officemates.  During my first visit, I was given a recommendation to try the Akamaru Shinaji (赤丸新味), which I did, and opted to have it with an egg (thus becoming “Akamaru Tamago”).

It was love at first bite!  No kidding!  If you know of the animé series Yakitate!! Ja-pan (焼きたて!! ジャぱん) wherein people gets transported elsewhere because of the food they just tasted, that practically described the feeling I had.  It felt like I was transported some place happy!  I really loved everything about it, from the broth to the noodles, the meat slices, the egg, everything!

For my second visit, I had to try a different flavor.  This time around, Karaka-Men (からか麺) was my pick but I went “all-in” and had the “special” which includes an egg and extra slices of meat.

Karaka is the spiciest of Ippudo’s ramen, and as with my first visit, it was heavenly!  It was indeed spicy but tolerable, and I think you’d be more bothered by the heat of the broth!  I’m not sure if it’s just me and my tolerance to salt, but I find it a bit too salty though so I wasn’t able to finish all of the broth.

We also got to try their Ippudo Hakata-Style Gyoza (一風堂ひとくち餃子) for appetizers which is basically the usual gyoza you find elsewhere, but Ippudo’s version somehow is a lot better despite the similarity in appearance.  It’s probably the best gyoza that I’ve ever tried so if you think you still have room, I highly recommend it!

I honestly wouldn’t have had the chance to try their gyoza had I been alone—a single serving of ramen is more than enough for the typical person so having an appetizer all to yourself is a bit daunting!

For those who aren’t particularly keen on ramen, Ippudo offers a variety of dishes in their menu like rice, pork buns, salads, etc. so it is more than just ramen.  Note though that Ippudo does not allow “take outs” of their ramen (even your leftovers) due to food quality control.

As with many popular restaurants, expect queues before you can be seated.  They do however implement quite an efficient seating policy that maximizes their seating capacity:

This policy actually makes eating in Ippudo pretty easy for soloists (as with my first visit) as once a seat is vacant, you may already be seated.

Ippudo is now one of my favorite ramen restaurants in the country.  I just really love their ramen!  And I’ll be coming back for more!