After all these years, who would’ve known that I’d still be able to have a podium finish?  And more surprisingly, in a physical competition!  This is the story of my most fun gym experience so far, during the Mini-Olympics of Fitness First Platinum RCBC. 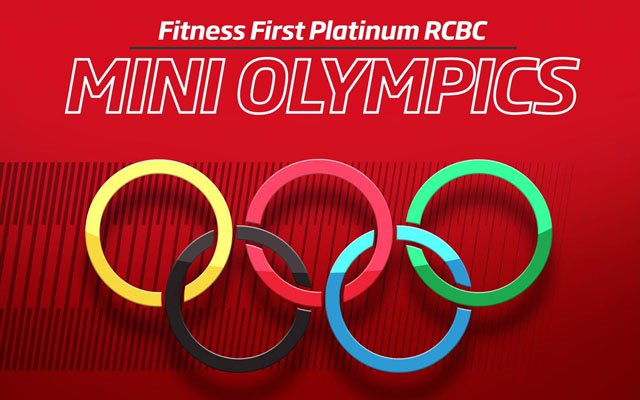 The Mini-Olympics was opened by Fitness First Platinum RCBC to all members, guests, and bloggers as a way of making things more interesting for everyone.  Some participants underwent tryouts so they were able to come prepared for the finals held last October 28, 2015 (coinciding with the club’s Halloween celebration).  I admit I got a bit lazy to do the tryouts so I was doing everything for the first time without really knowing what to do and for how long during the actual finals.

On the day of the finals, we started by getting strapped with Polar H7 Bluetooth Smart Heart Rate Sensor.  I admit I was impressed with this product because it uses Bluetooth to pair with other devices, the range is really, really good, and multiple sensors can be paired with a single device at once!  The band is also quite comfortable and the sensor itself can be removed easily.

We did several minutes of classes for starters which I could say is a bit much for warmups.  It was pretty good though for monitoring how everyone’s sensors are working and how everyone’s pulse is going.  I have to admit, I was surprised at how fast my heart rate can fall and how low I can sustain a relatively low heart rate for such activities (that or I just wasn’t exerting as much effort as the others :D).

Going into the real part of the Mini-Olympics.  To put it simply, it’s basically whomever gets to finish all stages with the fastest time wins.  To start with is a kilometer sprint on the treadmill.

The next stage is doing the monkey bar, out and back, which is pretty taxing on the upper body as the monkey bars in FF Platinum RCBC is spaced a bit further apart than the usual.  It is then followed by rowing 500m, which at the time I didn’t know it was that far and the display was actually counting it down.

Next is doing the bench press, 50 reps, lifting 40% of body weight (weight of the bars inclusive).  For women, it’s 30 reps and 30% of body weight.  It is then followed by 20 reps doing the battling rope wave, 12 reps of PowerBag™ cleans (which is quite heavy relative to my weight), and 20 reps of punch combinations on the Box Master™ which was heaven-sent as the easiest part after all those routines.

Finally, it’s on to the pool: out and back while carrying a weight.  It’s 20kg for men, I’m not sure how much it was for the women.

And after about 13 and a half minutes, I was done!  At the back of my mind I was kicking myself as I knew I could’ve done better, but I was quite thankful as this was good enough to best the bloggers category.  Imagine that, my first ever win!  Of course, I had the easier category as the members and guests were much more competitive.

The Fitness First Platinum RCBC Mini-Olympics was definitely one of the most fun experience I’ve ever had inside the gym and I’m so grateful that I’ve had the chance to participate in this exciting activity!  Special thanks to Connie Fortich, Club General-Manager of FF Platinum RCBC at the time, for inviting us to join!  To all my fellow participants, Congratulations!  It’s tough but the friendly competition made it fun! 😀