I was in the midst of covering the 2017 Century Tuna Ironman 70.3 Subic Bay when a lapse of judgment caused me to break my phone and lose my recently taken photos with it.  Months later, I was able to revive my phone and was glad to recover the shots I thought would be lost forever.

The Century Tuna Superbods Underpants Run is one of my most memorable fun runs ever and during that event, I brought along my trusty iPhone 5 to take photos before, during, and after the event.  We had some free time after this so I decided to take a dip at the beaches of Subic Bay, which is just a few meters away from our hotel.  And that was where my phone accidentally got some seawater in and for the longest time I thought that I’d never recover these photos, until a few weeks ago.

After a few months of staying inside its box, I thought of trying out if my iPhone 5 would boot.  It was actually turning on before, but it just stays in the booting screen and doesn’t do anything else.  I even tried bringing it to a repair shop but they were unable to make it “talk” with their computer.  That was the time I decided to just place it back in its box, not seeing the light of day until a few weeks ago.  And to my delight, this time it actually booted up!  Immediately, I copied the photos that I thought were lost and backed the phone up.

It’s such a delight to recover these photos that I thought I lost forever.  I actually have not seen most of these photos!  Of course, since many of them were taken as I was running, they’re not exactly that well composed.  But for posterity’s sake, I’m sharing some of these behind the scenes photos of the event, and the ones leading to my phone’s demise.

And as I mentioned earlier, we got our free time afterwards, before our next activity.  This was my trip to the beach and these would be some of the last photos taken by my phone:

I was actually on my way back to our hotel when the unfortunate incident happened.  My foot accidentally kicked sand on the face of my phone, and the overconfident me thought of rinsing my screen with seawater.  I thought that if I did it with my phone facing downwards, no water would seep in, but I was wrong.  And as I took one last shot, I realized my miscalculation.

I spent the rest of the afternoon (while doing coverage) trying to revive my phone.  And after the day’s coverage was done and the phone was still not responsive, I finally accepted its fate.  I went to the mall a river away just across SBMA and got myself a new, relatively inexpensive Android phone, the LG X Power (LG-K220), which I still use to this day.

My key takeaway from this incident is to protect your gadget as necessary.  I was on the water yet I did not provide any water protection for my phone, thinking that I’m not that clumsy to get it wet (which apparently, I was).  Waterproof cases would most likely be cheaper than repairs and replacement phones but since I thought I’d be replacing my phone later this year, I didn’t think it through well enough.  I have no regrets with my replacement phone though as I realized how archaic my iPhone 5 was compared to the much cheaper LG X Power, but I incurred an unexpected expense—one that could’ve been easily avoided.  Not to mention the stress I had and all the photos I could’ve lost for good which are priceless. 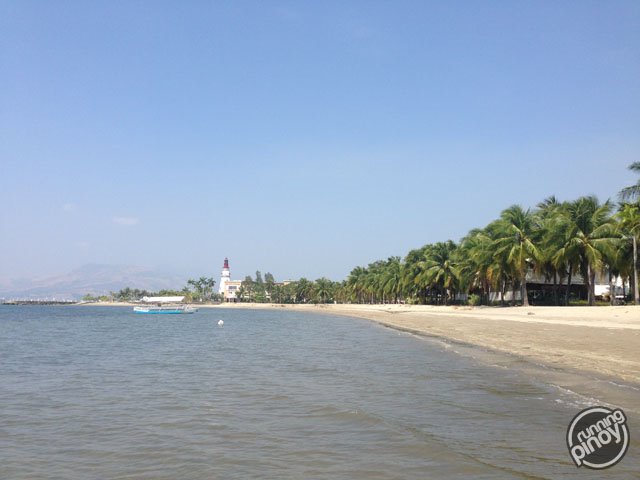