One of the perks of being a blogger is that you get to witness some world-class sporting events from behind the scenes and even meet the pros up close and personal.  This time around, I’m covering something that is a stranger to me—the world of duathlon via Powerman Philippines 2017.

Saturday, October 07.  I found myself delightfully in the company of familiar faces from blogging and sports media.  It’s been quite a while since I’ve attended a sports event of any form, and I’m really lucky to have the opportunity to witness firsthand another world-class event in the country.  It’s out of the city too that’s why it felt a little bit like an excursion.  Our destination: Clark.

I’ve covered many triathlon events before but Powerman Philippines 2017 would be my first duathlon coverage.  I admit that I have very little knowledge of the sport prior to this coverage, but I got bits and pieces as I talked to my more-knowledgeable friends while we were on our way to Clark.  It’s always nice to learn something new, especially when it’s a sport that I may participate in in the not so distant future.

We had our fair share of challenges checking in so by the time we finally did, most of us were spent and did not plan for anything else aside from dinner.  Fortunately, we had some nice folks willing to give us a ride out of our hotel to explore Clark Parade Grounds where the event would be held the following day.  It’s also fortunate that I’m in the company of runners so walking long wasn’t an issue.  Along the way, we had discovered some interesting places to eat and even completed our 10,000 steps for the day!

We need not go far from where we were to attend the pre-race briefing.  Here, the rules, routes, and everything that the participants needed to know were discussed.  The pros were also introduced along with some of their credentials.  Sometime later, we (bloggers and media) were also given a brief orientation on how the activity area would look like on race day so we can plan our movement for the coverage.

Our day concluded with dinner with the pros.  Our friends from the media spent this opportunity to get some last-minute interview with some of the pros prior to the race.

We were up early the following day for the big event.   The sun hasn’t totally risen yet when we arrived at the activity area, but the place was already bustling with activities.  As the participants were busy checking-in their bikes, I was busy calibrating my camera for the fast scenes ahead.  It’s my first time to use my zoom lens in an actual sporting event so I was still figuring out how to best use it.

And then the moment of truth arrived.  The pros lined up in front of the starting line, and so did I, together with other photographers, on the opposing end.  I wasn’t joining the event but the anticipation for the gun start sure is anxiety-inducing!  And when the pros started running towards us, it’s time to put our shutters to good use, hoping to get at least one “money shot.”  And also to quickly get out of their way before they reached us!

Gun start of the second wave of the classic distance.

I didn’t realize that a duathlon is really fast.  It didn’t take long before the pros started returning back from running towards their bike leg.

The bike leg gave us a breather.  The 60K bike distance for the Classic (30K for the Short) gave us ample time to have some breakfast, walk around, and take photos of participants in their different stages of the event from different vantage points.  Again, this proved to be another great opportunity to practice my picture-taking skills!

Long before we even reached boredom, it’s time to head back already to the finish line as the pros were expected to complete their races soon.  And our timing was really impeccable as soon after we positioned ourselves behind the finish line, the would-be winner had arrived.

It didn’t take long for the rest of the pros and other participants to come in to complete their races.  All along, a program was being held on stage while finishers were enjoying their post-race meals.  A little bit later, the stage was set for the awarding ceremonies.

And that’s a wrap!  Well, at least for the official event coverage part.  There’s still that story-telling part, choosing photos to use, etc.

I’ve always just heard of duathlon but until Powerman Philippines 2017 came along and allowed me to experience the event firsthand, I would’ve never known how exciting this event is!  I thought I had some idea as I’ve covered numerous triathlon events before, but despite the similarities duathlon is its own thing and it’s another one that I’m considering doing in the future.

Thank you, Powerman Philippines, for the opportunity to be part of this world-class event!  This is such an impressive way of being introduced to the world of duathlon and one day, I hope to be part of it as a participant.  Thank you and all the people behind this great event for taking good care of us!  Congratulations as well for a successful event!

To all the duathletes that completed their Powerman races, Congratulations!  You may view the official race results here.  You may also see some photos that I took from the event on @runningpinoy on Facebook. 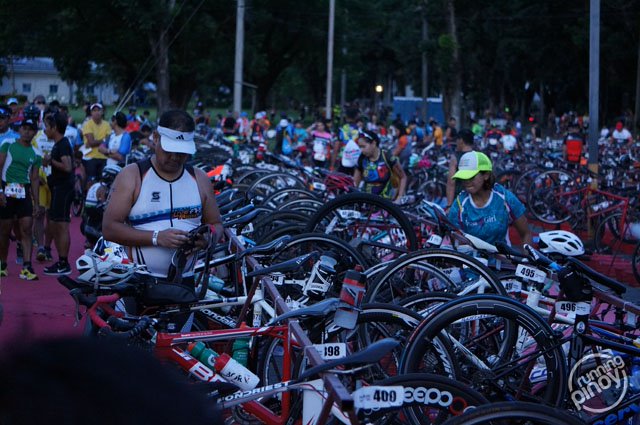