I’ve always noticed Yumi whenever I’m going to Hole in the Wall in Century City Mall but wasn’t really drawn to it until the last time we went and saw a pleasing sign that says, “Ramen Monday, Buy 1 Take 1 Ramen on all ramen.”  And so last Monday we did try one of their ramen. 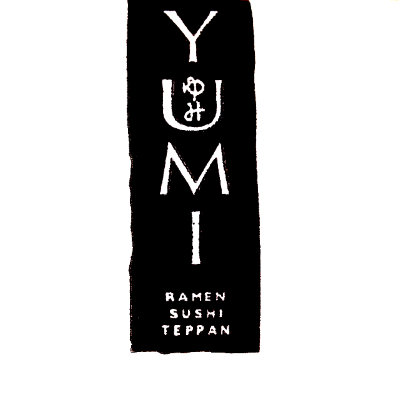 Yumi is quite a small space just outside Hole in the Wall on the fourth floor of Century City Mall.  It is practically impossible to miss and from the outside it looks like an expensive Japanese restaurant.  On the inside, it is pretty compact but the ambiance nonetheless was good.

Since we were there for their Ramen Monday, we naturally went with their ramen.  Their Buy 1 Take 1 promo applies to all their ramen products the entire Monday, but you can’t choose two different ramen variants even if they’re priced the same so we opted for their best seller, the Tantanmen Ramen.  And as we waited for our order, we were served these appetizers made of crab sticks (kani):

The appetizer they served was really good but it is just so little!  I didn’t get to catch its name or if it could be ordered off the menu but I really liked it.

After a few minutes, our Tantanmen Ramen (₱340) arrived.  It looked so good and the serving size is comparable to similar ramen houses.  The major difference though is that they use quail eggs (two of them in a bowl) instead of the traditional soft and runny tamago (egg).  After taking a picture (which does not give justice to how good it looked in actuality), it’s time to taste.

The soup was the first part of the ramen I got to taste.  I loved it from the first sip!  I can’t quite describe it but the flavor of their Tantanmen is quite unique.  The noodles were also just the right firmness and I really liked that it had at least two types of mushrooms.  It is also served hot so overall, the ramen was a very pleasant experience.

But our lunch did not stop there.  We also tried their Kani Sushi (₱125).  We had no idea what it looked like, but since we liked their appetizer, might as well try their sushi.  Actually, we were motivated to try their sushi because of their social media promo: post a picture of their sushi with the appropriate hashtags and you get a free scoop of ice cream (worth ₱45)!  And we were able to avail of this promo right then and there!  And surprisingly we each got a scoop of ice cream.  In this case we tried the green tea flavor.

Based on the consistency of their ice cream I could say they probably made it themselves as the consistency is not as smooth as commercial ice cream.  It is a bit hard in some places yet melts quite easily but other than that the flavor is quite good.

Aside from the food, Yumi also offers free (and fast) Wi-Fi so you can quickly upload your food shots or selfies online.  They are also one of the restaurant partners of the Zap mobile app where you may get 5% discounts but since the iOS version of this app is faulty and I was unable to create an account and use it, I can’t really say how this works.

Overall, I find eating in Yumi a very pleasant experience.  The crew was attentive, the ambiance was cozy, and for the ramen the portions and taste was good.  The sushi serving though was a bit short (some only have two pieces per order).  Their menu items though are pretty diverse and in general, the prices are pretty reasonable.  I would definitely recommend their Tantanmen Ramen and at ₱170 during Ramen Mondays it is a steal!  Will definitely be back to try more of their offerings.