November 11, 2008 was the day “runningpinoy” was born on the web, and now two years hence the adventure continues.

I started this blog as an outlet for the overwhelming “high” I got from running, and little did I know then that it would influence many other runners, and I never expected it to be my ticket to many events.  All I know then was that I have a story, and I want to share it.  In cyberspace, someone is bound to be listening.

There were so many highs and lows for me during the past year, both on the extremes.  The highs were lifetime achievements while the lows were likewise life changing. Starting on the low side, I’ve had the worst running injury during the period leading to the longest downtime I’ve ever had.  My injury was so bad that I actually thought that I’d never be able to run again, at least the same way, and it forced me to quit running temporarily for at least a month.  You can just imagine how awful it felt to be willing but not able.  All my training plans for the rest of the year were scrapped so I’m not expecting to set any new personal bests anytime soon, and had no “serious” races.

Getting me “high” were my surreal races: my first marathon outside the country, and my back to back century run (100K).  Singapore was the host of my first ever race outside the country aside from being my first ASEAN country to visit.  It was my “perfect” marathon that holds my personal best as of date.  My dream race Bataan Death March Ultramarathon 102K became my first road ultra, and my first race beyond 100K.  It’s one of my “races of a lifetime” and also holds my personal best for an ultra.  Following it four weeks later was The North Face 100, completing my first back to back ultramarathon.  These two may have brought me those “highs” but it was also the cause of my “lows.”  I guess you can’t run a back to back 100K ultras with new personal records without being unscathed. Being away from running during my “break” brought me back to my former love, working out.  Since I was “free” from repetitively losing so many calories from running I was able to finally achieve my goal—gaining mass.  Unlike many people, I tend to lose weight whenever I don’t work out so going to the gym was an equalizing factor for me and running.  With so much time away from running, it fell out of my system, and thought I’d lose it for good.  Thankfully I was able to get it back, albeit now on a strictly “recreational” state.  Setting new PRs with the plates and the bells now rank first!

Getting back to school was one of the least of my expectations during the year, not to mention the course I took.  I was so entangled with fitness that I actually took a Basic Instructor’s Course at Gold’s Gym Institute!  That’s fundamentally a crash course on human kinetics (which I assume Personal Therapists studies) eventually leading to either a Group Exercise Instructor or a Personal Trainer.  Though I can opt to practice it professionally (Personal Training) I decided to hold it until I finish the Advanced Course for my clients’ sake, although I have some willing and able guinea pigs for practice. 🙂 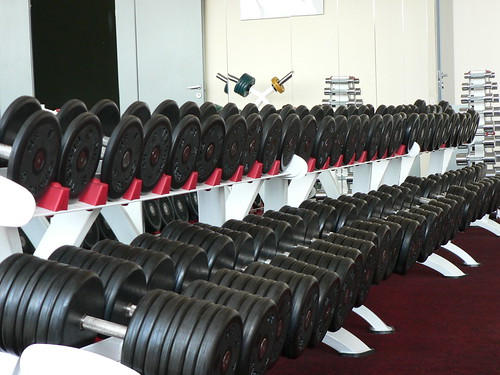 Travel was one of my favorite activities for the past year as I travelled the country.  Among the places I’ve visited were Ilocos Norte and Sur (2009, 2010), Bataan, Benguet (Mt. Pulag, Baguio), Aklan (Boracay), Bohol, Cebu, Camarines Sur, and Zambales (Mt. Pinatubo).  As our old Tourism Department’s ad mentioned, “don’t be a stranger to your own country.” As I face my third year of running and blogging, I don’t know what to expect, but I’m hoping for the best.  I’ve seen heartbreaking lows that were worse than desired but at the same time had highs better than anticipated.  But as they say, “what won’t kill us would make us stronger!”  And on that note, I’m hoping for a stronger third year!

I would like to thank you all for your support of this site for the past two years.  I hope you continue your support for the years to come, and please continue to provide your feedback to make this site better.  Thank you as well to all that “Liked” runningpinoy on Facebook!

To all my sponsors, the PR and media agencies, race organizers, and everyone that I got the chance to work with, thank you for your continued trust, and I look forward to doing more projects with you!

To everyone that had been and continues to be my support, on and off the road, thank you very much! Looking forward to a great third year!  God bless you all and run safe!